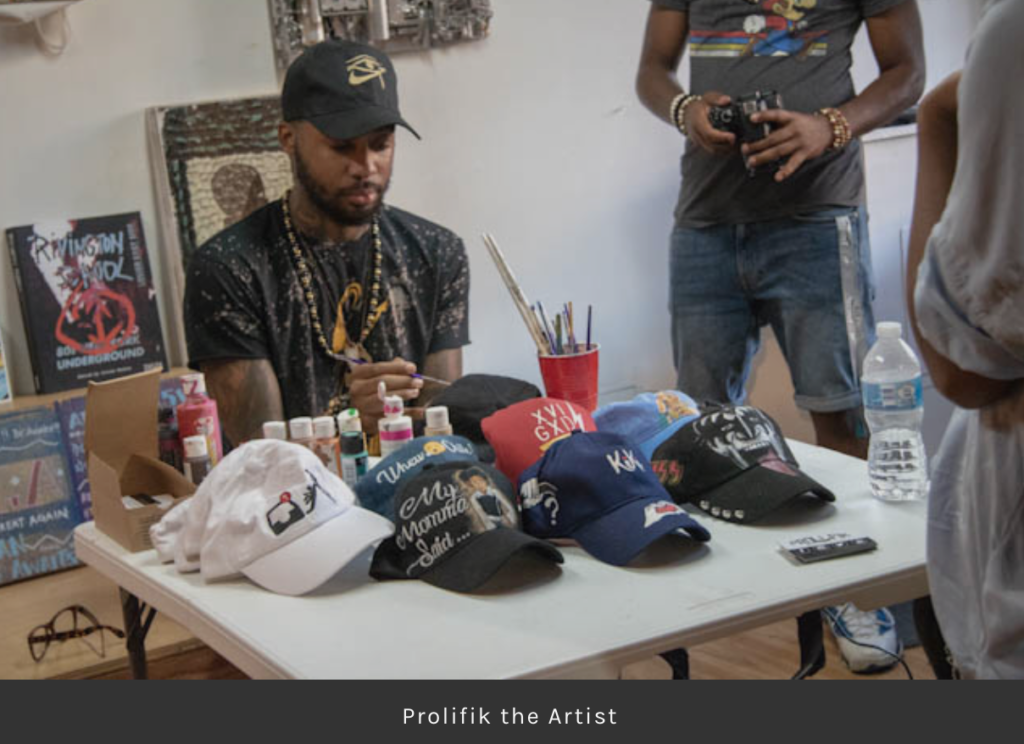 Harrisburg Creative Artist Bryan “Prolifik” Hickman has made a name for his self across Pennsylvania for his creations. Whether its a Custom Dad Hat or vibrant painting you have more than likely seen some of Prolifik’s art.

This past weekend the creative genius took his talents to New York City. Prolific was apart of the “Everything is Art” event that was held at “The Bishop Gallery” in Brooklyn New York.

Perfect title for the event, especially considering poets and other creatives were in the building.

Check out the link here: http://thesource.com/2018/08/29/visual-artist-jigga-and-jens-everything-is-art-expo-is-inspired-by-the-carters/

Jay-Z and Beyoncè became the mold for many couples to follow. Making their union official in 2008, since they’ve released a myriad of hits, plus a joint album and toured the world twice. Indeed Everything is Love.

Speaking of love, we may have stumbled upon the art world’s Jay and Bey. Collectively known as “The Jiggas,” they were inspired by the Carters and decided to create an art gallery to salute Hip Hop’s favorites.

The visual artist known as Jigga and his boo Jen took over The Bishop Gallery in Brooklyn this past weekend.

Thankfully we were invited. “Everything is Art” was the perfect title for the event, especially considering poets and other creatives were in the building.

Each canvas stood freely under the lights attracting viewers and iPhone cameras from far and near. Interestingly, all of the pieces referenced memorable lines and phrases from both Mr. and Mrs. Carter’s extensive catalogs.

From The Blueprint Jordan 1’s and the visualized “Girls, Girls, Girls” canvas to Beyoncé’s glowing “Halo,” and she may even be depicted holding up the infamous Roc-A-Fella chain on the “Beach is Better” canvas. 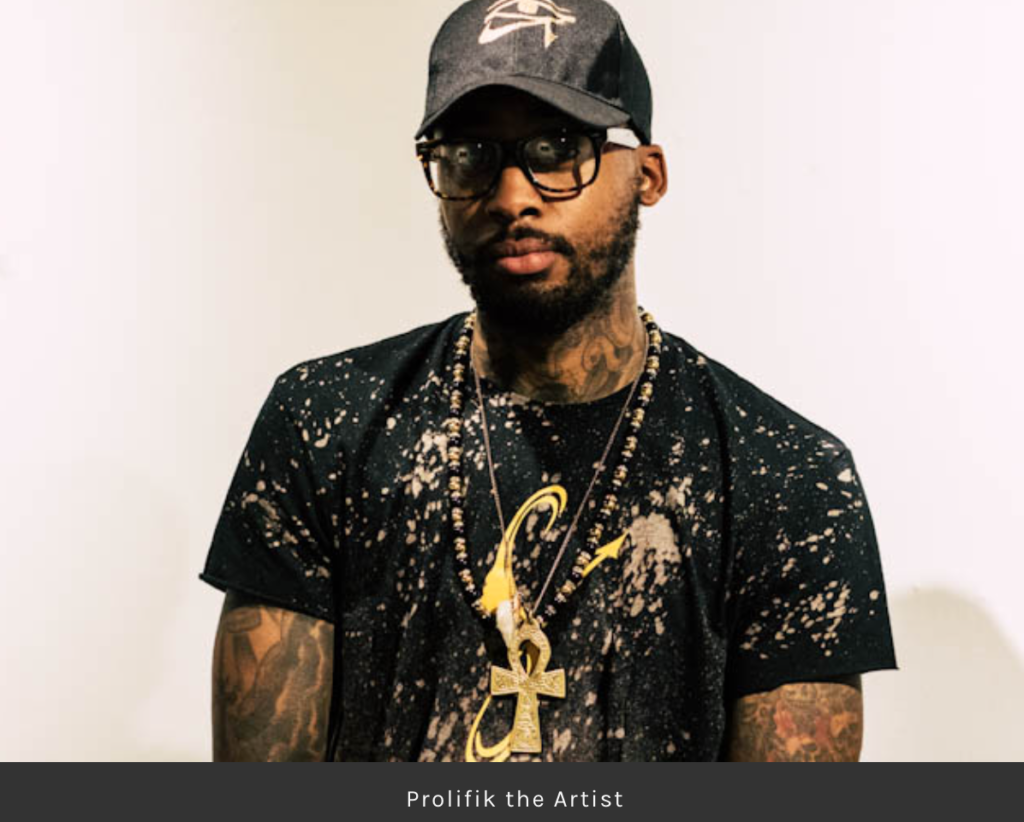 Aside from the Jigga’s physical artwork, and merchandise which was available for purchase, perhaps their greatest creation was their baby girl Nike

Yes, her name is really Nike. However, she’s quick to tell you, “I’m not a baby.” Still, the Jigga’s make sure to make their baby apart of their artistic vision.

Nike was rocking overalls and “Black Cement” Jordan 3’s. All custom painted by her parents. Yet she was most content with a few crackers and her Spider-Man action figure.

We now know where Fabulous sources his extensive jersey collection from, courtesy of Twin City. They also make custom jackets like the Nas inspired varsity and the Selena satin jacket which co-owner Chise gifted to Jen.

Cito Blanko delivered a moving poem about the journey to becoming a man. All in all, the event was the perfect blend of creativity and Hip Hop.

For their efforts, we are formally inviting all the creatives to come chill with us at all The Source 360 festivities going down September 6-9. Jigga says he’s got a special piece of art made exclusively for us. We’ll find out exactly what the piece is at some point during the festival weekend. 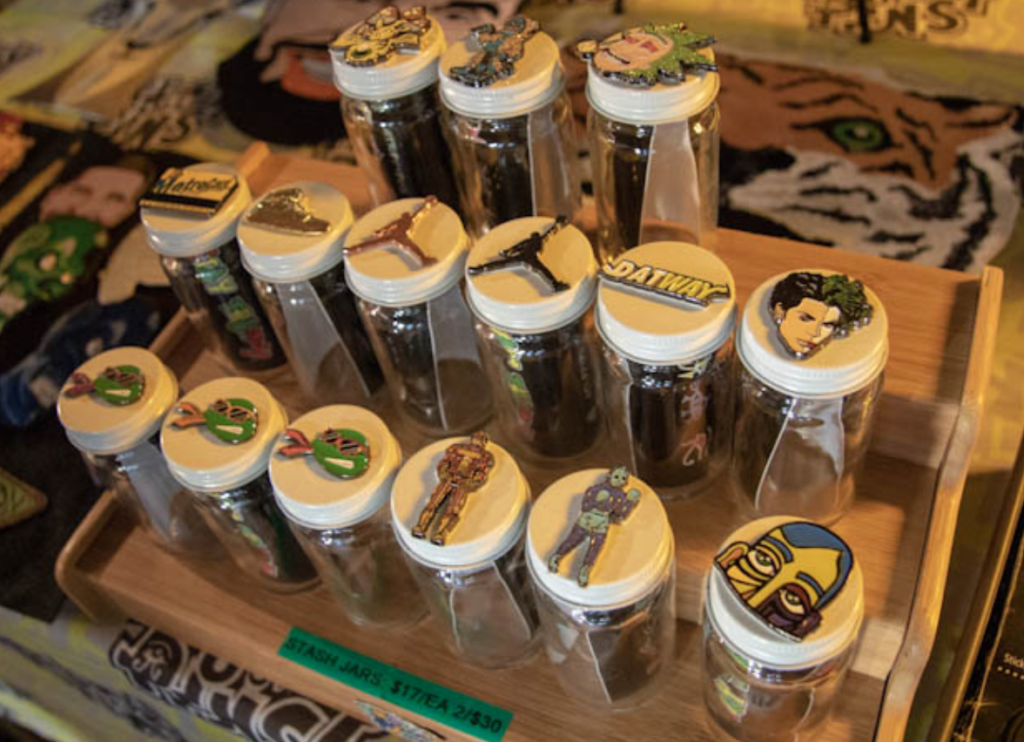 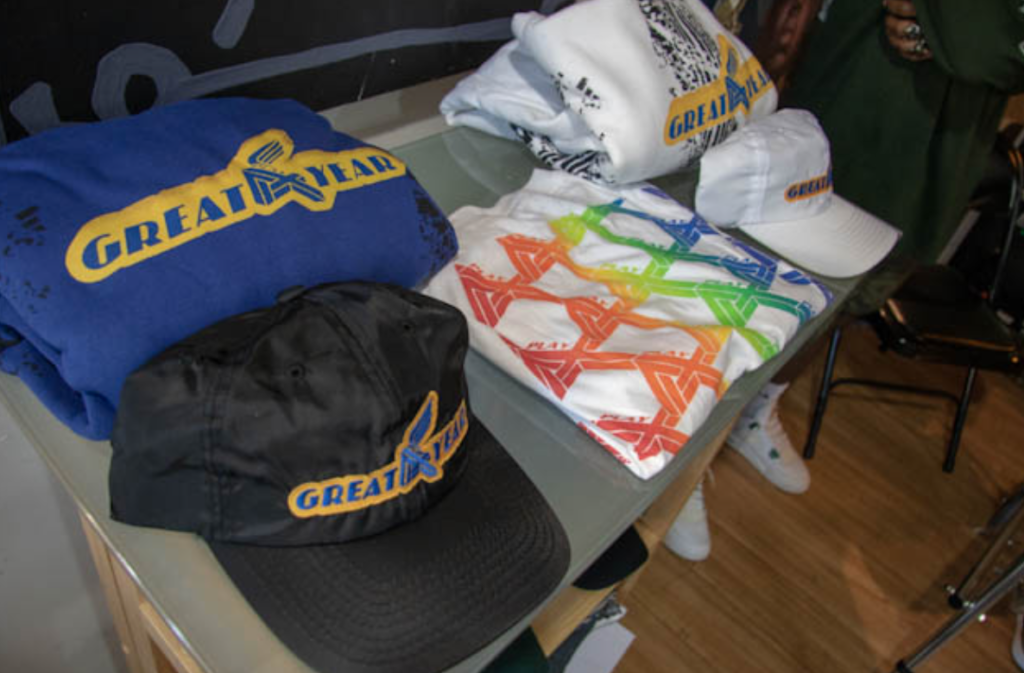