Penn State Harrisburg has reported its first case of the coronavirus.

The campus was notified that a person became sick during the week of March 16, and was later diagnosed with COVID-19.

“While the risk is low, out of an abundance of caution and within Clery Act guidelines, the campus community was notified,” Penn State Harrisburg said in a press release Saturday.

It is not clear if the person with the virus is a student, a member of the faculty, or an employee.

Riley Cagle, a senior and president of the Penn State Harrisburg Student Government Association, said he did not know about the confirmed case before the campus was notified Saturday night.

On Sunday, the Press & Journal asked Yvonne Harhigh, director of marketing and communications for Penn State Harrisburg, whether the person affected is a student, employee or faculty, and whether they are being treated for the virus. She said the university could not share more information than what was in its press release.

“The well-being of the community is the university’s first priority. It is important to note that no classes were being held during this time, and the vast majority of the campus community is working and learning remotely,” the statement said.

Penn State Harrisburg implemented numerous changes over the past few weeks in an effort to slow the spread of the virus, according to the university.

Penn State University extended through the end of the spring semester delivering all class instruction remotely using the Internet, because of ongoing concerns related to the “growing coronavirus pandemic,” the university announced March 18.

Penn State announced March 16 that it is planning pro-rated reimbursements for housing and meal plans “in some form,” to address the financial impact on students of the university’s decision to shut down Harrisburg and all of the university’s other campuses due to the coronavirus.

“The increase in positive cases in the state and elsewhere also shows the importance of the steps that were taken in accordance with state and federal governmental and public health directives and recommendations including: self-quarantine guidelines, remote learning and telecommuting, cancellation of events and other social distancing strategies,” the statement said.

According to the CDC, anyone who feels sick should seek medical advice by first calling ahead to your doctor or an emergency room. Medical professionals are in the best position to recommend whether further action is needed.

Penn State Harrisburg students can contact campus health services and speak with Andrea Mull at 717-948-6015 with questions. Students experiencing symptoms or health-related concerns such as symptoms to an upper respiratory infection or flu-like illness also have access to the University’s Advice Nurse line at 814-863-4463, according to the press release.

Faculty and staff should contact their primary care provider.

The Clery Act that Penn State Harrisburg referenced in its statement was passed in 1990 and requires colleges and universities to make information about reported crimes and its policies readily available to their community. However, it also  requires protocols to notify the community in the event of an emergency or threat to campus.

It is named after Jeanne Clery, who was raped and murdered in her dorm room by a fellow student in 1986 at Lehigh University in Bethlehem. 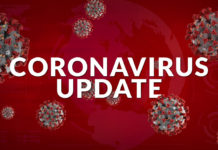 2nd Shutdown Over Coronavirus Might Be Worse Than The 1st 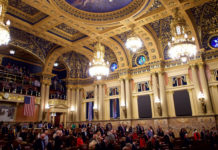 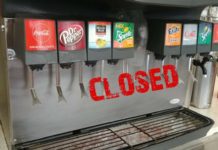