The Harrisburg Cougars have been dominating the Mid-Penn for as long as we can remember. In the first 3 games of the season the Cougars are averaging 50 points per game. They also held the opponent scoreless in 2 of those 3 games.

This season proved to be like none other when the Covid-19 pandemic hit. The Cougars now face a situation where because the season was cancelled at the beginning and they missed a few weeks they may not be able to qualify for playoffs. What makes this even worse is they are clearly one of the best teams in the state. Cougars have big time recruits that could draw scouts to new players just by having them compete against each other. We had a long article prepared for this until we found a facebook post by David Archer that said it better.

What does it hurt for one of these local schools that already have qualified for the playoffs to help Harrisburg? What does it teach kids, if they fight for what’s right and still don’t have the same chances as everyone else?

-IF YOUR A LOCAL TEAM ALREADY OUT THE PLAYOFFS WHAT DOES IT HURT TO PLAY HARRISBURG?

-IF YOUR ALREADY CLINCHED, what does it hurt to play Harrisburg?

I know Many will say injuries or it’s their fault they in this situation but it wasn’t on the kids.

Help these kids! As a Teacher these games isn’t about just championships. This is about scholarships, building character, and teaching kids that people will help You when you need it…..

These young people need your help!! 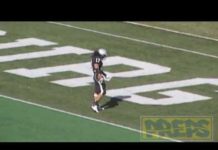 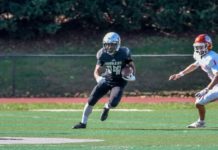 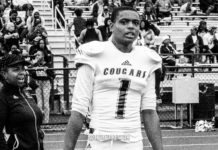