Democratic Pennsylvania state legislators are claiming that Republicans kept the coronavirus diagnosis of a GOP colleague a secret from them. The Washington Post reports that Republican state Rep. Andrew Lewis confirmed on Wednesday that he tested positive for the virus on May 20, and Democrats claim he interacted with colleagues who didn’t know he might be sick.

It was disclosed today that a Harrisburg lawmaker tested positive for #COVID19 a week ago but few #PaHouse colleagues – who all work closely together at the Capitol – were told.
My statement:https://t.co/raK0upTgva

Lewis last made an appearance at the state Capitol on May 14, and said that he went into self-isolation immediately after he was informed he tested positive. He said that “every member or staff member who met the criteria for exposure” had been informed of his diagnosis and advised to isolate, and one of Lewis’ fellow GOP members confirmed they were self-isolating. Democrats, however, have said that at least two other Republicans have been instructed to quarantine themselves.

HOLY SHIT. Per @BrianSimsPA, in PA's state legislature, GOP leadership HID the fact that a Republican tested positive for COVID and yet still interacted with Democratic members, who then went back home to their families, likely exposing their loved ones. And the Republicans KNEW. pic.twitter.com/I5ZdksioQX

Democratic lawmakers have criticized House Republicans for not making it clear the coronavirus had made it into Pennsylvania’s state Capitol. Some have demanded resignations from GOP members, while others have called for formal investigations as to why Lewis’ condition wasn’t disclosed publicly sooner. As state representative Brian Sims said on a video on Twitter, Lewis could have exposed a lot of people to the virus, and these individuals could have unknowingly spread it after Lewis stopped showing up to the state Capitol.

House Republicans spokesman Mike Straub said that GOP officials have implemented guidelines from the CDC and the Pennsylvania Department of Health. “Anyone who met those guidelines was notified and quarantined,” he said. When asked how many legislators were notified, he declined. Lewis said that during his last visit on May 14, he showed no symptoms. It was only that weekend that he started to feel sick. He claimed he waited to go public with the diagnosis on Wednesday so that those he might have interacted with could have “a little window of time to get tested, do their isolation.”

One person who was informed they came into contact with Lewis was GOP state Rep. Russ Diamond, who said that he has been in self-quarantine since May 21. “Upon receiving that notice, I voluntarily cancelled every in-person meeting or other engagement I had on my schedule through today,” wrote Diamond. “I am not ill. In fact, I feel like a million bucks,” he wrote on Facebook, later adding: “I’m done. My self-quarantine ends today. Tomorrow, I will be back in Harrisburg.” 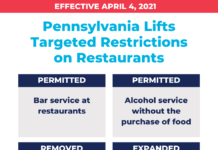 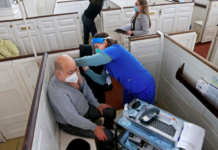 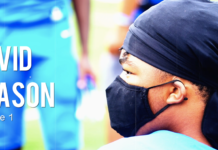