A large out-of-control fight broke out Monday at lunchtime at Harrisburg High School, drawing officers from three agencies who said they needed to use pepper spray to defuse the violent situation.

At least one officer was punched during the cafeteria melee, which was reported about noon at the main high school at 2451 Market Street.

Police arrested at least one student in connection with the assault on an officer. Officials weren’t sure what kicked off the dispute but those involved appeared to be Hispanic students fighting against African-American students, police said.

An ambulance was at the scene along with at least half a dozen police cars at one point. A female student reportedly sustained a foot injury. School officials also had to deal with students “contaminated” by the pepper spray.

The fight comes three days after school officials announced a partnership between the school district and police department that welcomes officers into the schools for mentoring and to boost safety.

During a news conference on Friday, Superintendent Sybil Knight-Burney said school officials had noticed increased gang activity in the schools this year. 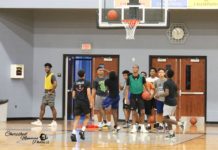 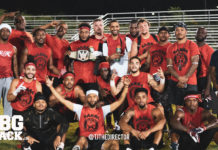 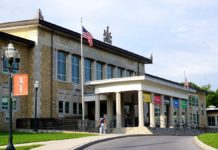